Keep up to date with all the latest news, events and hot topics at Lanyon United. 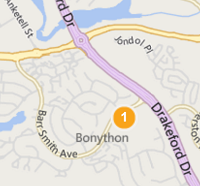 You can make a payment to the club for registration, merchandise or events. Please use the following bank account details and use your name or FFA number as a reference.

Our sponsors are listed below. If you'd like to find out about sponsorship opportunities please contact us. We offer several different sponsorship packages to suit your needs from simple banners to exclusive kit designs with your logo.

Since its humble beginnings, with two teams representing the club in its debut season in 2001, the club has expanded significantly and is still growing. The club is focused on playing and enjoying football and making football accessible to senior players of all ages and capabilities.